Can we clear the shot, please!The Princes’ Gates Shoot

There’s a MASSIVE AWESOME Power Plant in Milton just west of Toronto that I’ve always wanted to capture.  It’s one of those colossal post-industrial power facilities from a bygone age – the 1980’s.

This summer I was shooting a job in Milton and thought I’d scout the plant.  Here are some different angles of the place. 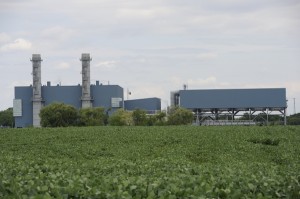 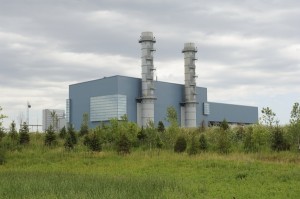 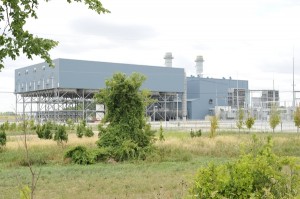 I waited for night to fall.  At dusk I parked nearby and started walking across a big grassy field scoping out the shot.  As I trudged along with my camera gear I suddenly saw a coyote.  It was leaping along in the tall grass.  I stopped in my tracks.  Not having any experience with coyotes I wasn’t sure what to do. 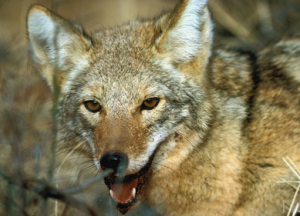 I watched the coyote closely and saw it join another one nearby.  Now my mind started racing. If there are 2, will there be more? Do coyotes hunt in packs?  Do they attack humans? Do I look appetizing to a coyote? 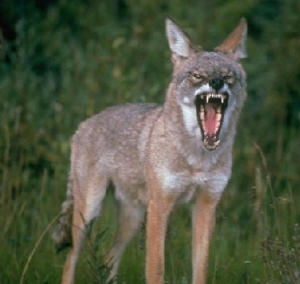 Looking at the Power Plant I started getting annoyed. The sun was setting now.  The Plant had some pretty nice light on it.  I didn’t want these coyotes to ruin my chance of getting a good shot.

But getting the shot I wanted meant staying there until after dark.  With a pack of coyotes lurking in the shadows, I felt a little vulnerable.  I decided to shoot the Plant from where I was and do some research on coyotes before coming back to shoot the night shot.

This is one I got that day. 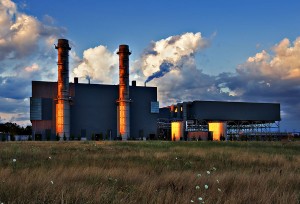 When I got home I found out that coyotes are generally harmless, don’t hunt in packs and stay away from humans (most of the time).  The advice for scaring them away was to make a lot of noise, use a powerful flashlight, and by no mean feed them.

My brother in law, Steve, came over from England and he was keen to come along on the shoot.  He liked the idea seeing some Canadian wildlife.  So we set off with a trumpet (noise), hockey sticks (defense) and powerful flashlights.  My 11 year old son, Michael, also came along.  He took these shots of the power plant. 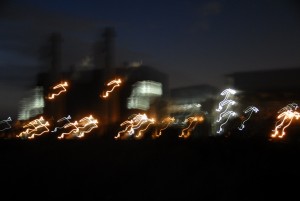 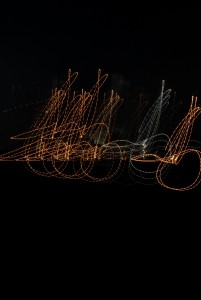 And this one of Steve.  The old low lighting horror film shot. 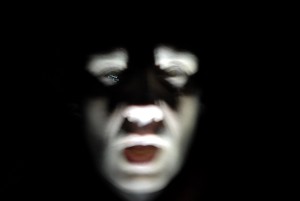 I shot a whole bunch of images of the Plant and ended up with this one that is 3 shots merged together.  1 for the sky, 1 for the plant and the lights, and one for the foreground. 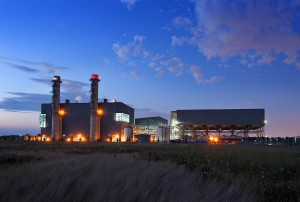 And yes, we did see coyotes.  Just one was checking us out from a distance.  All we could see were its eyes when we caught it with a flashlight.  We didn’t even have to play the trumpet to keep it away!

Let me know which shots of the Plant you like. Or maybe you prefer the shots Michael took.  And remember, always bring a trumpet when you’re out shooting in remote places!