I went to see my Mom and sister in Montreal recently.  Of course I couldn’t resist going out to look for a few shots. I have a certain fondness for the old Sun Life building. 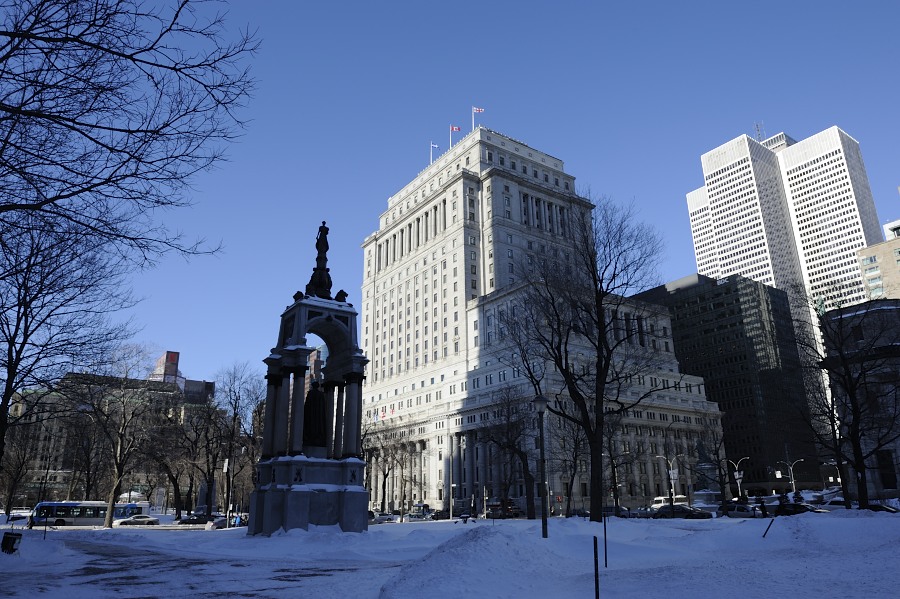 In the 1930’s it was the tallest building in the British Empire.  The architects were Robert Finlay and Richard Waite.  I tried to get an interesting angle on it as you can see here.  But it was so cold I had to take refuge inside to warm up. 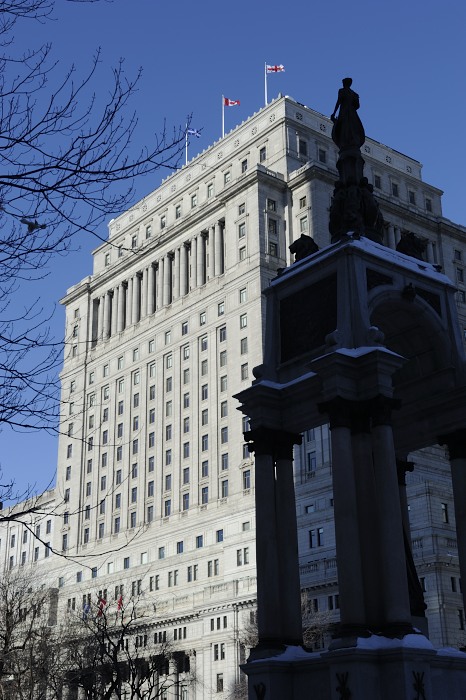 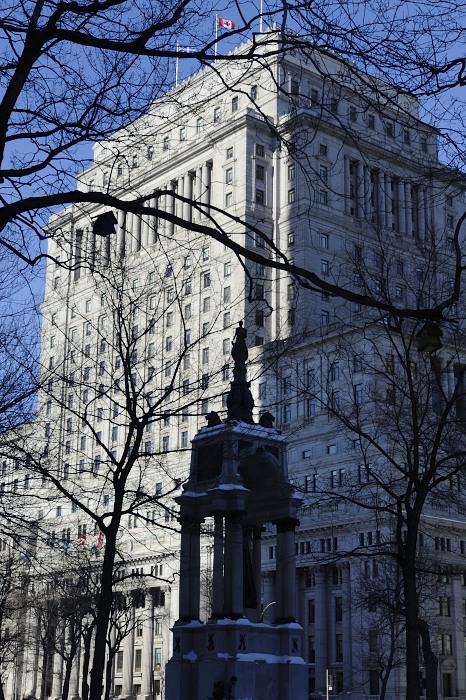 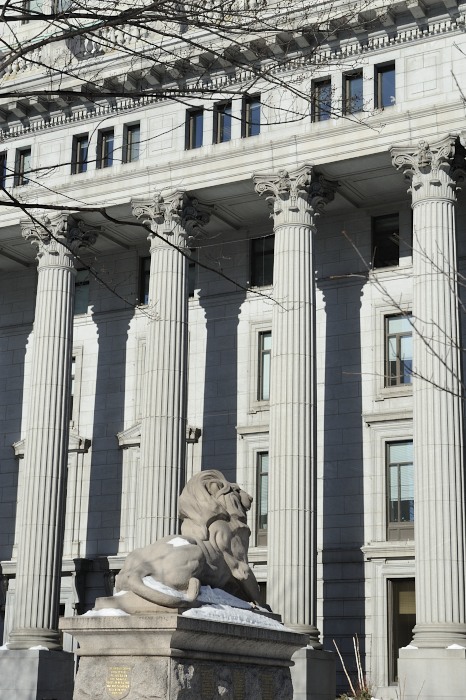 When I went back out again I used the Boer War memorial horse and soldier in the foreground. 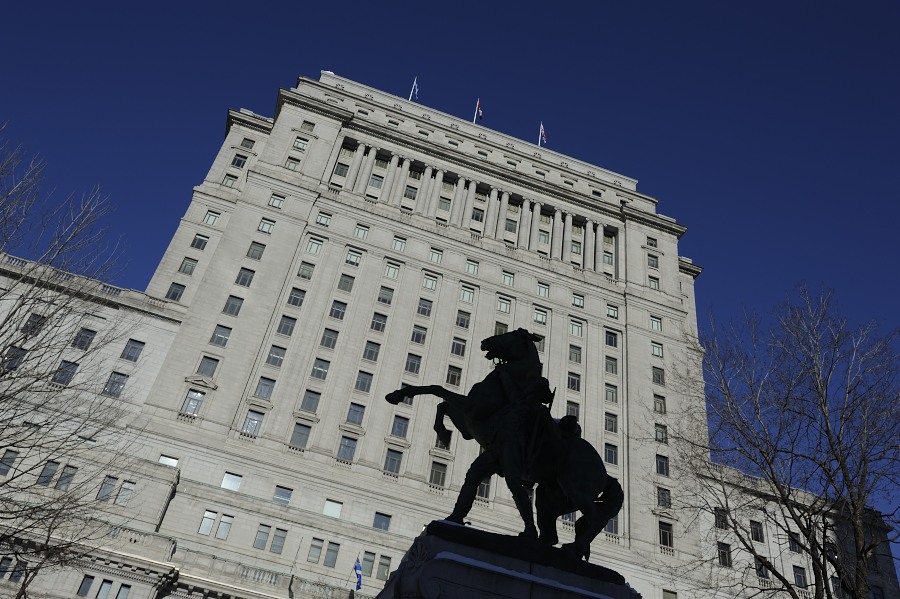 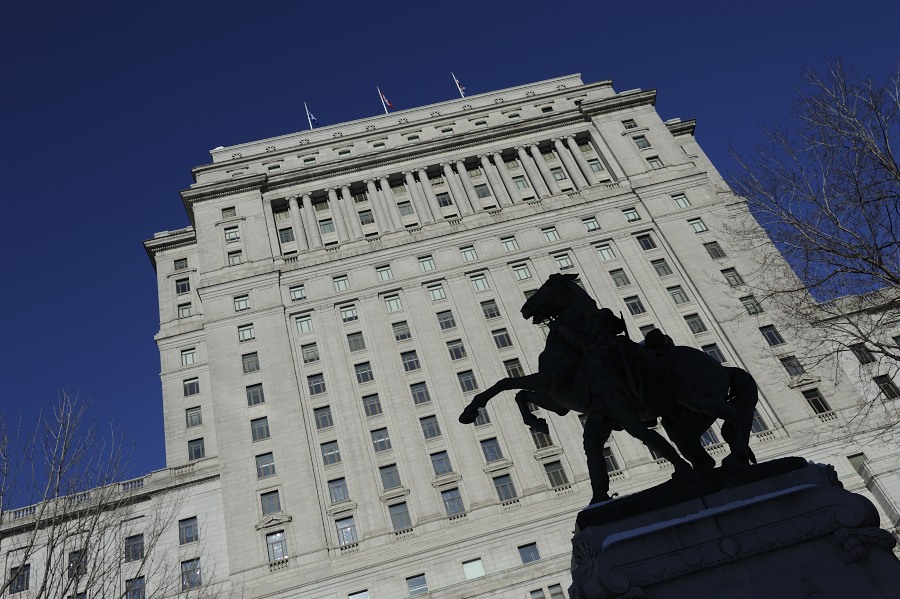 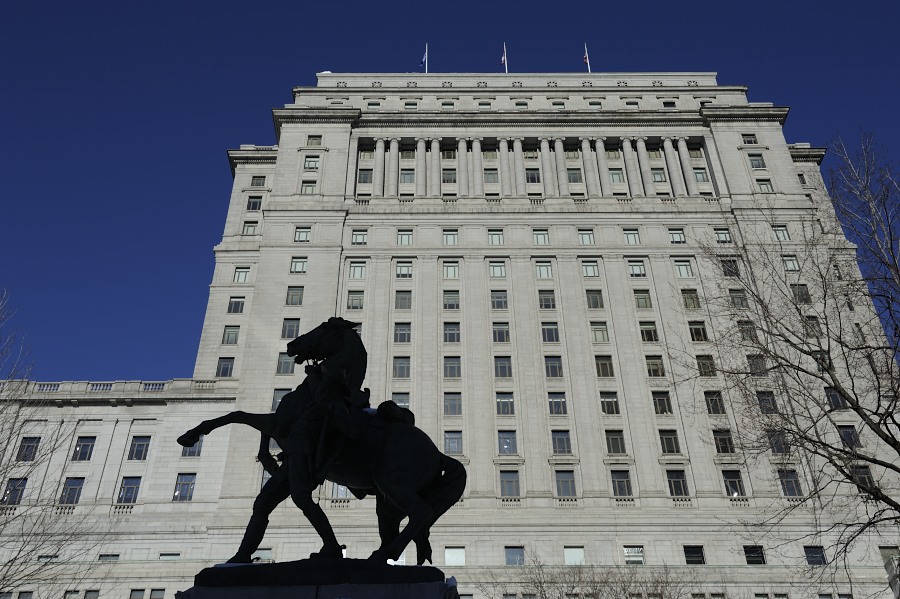 I like the one straight on the best and didn’t do any lens correction, just warmed it up and pulled out some detail on the soldier and his horse. (It’s easy to open the same image again in camera raw.  Pull out the detail you want.  Then do the “Overlay” technique where you lay one image on top of the other in Photoshop and erase) 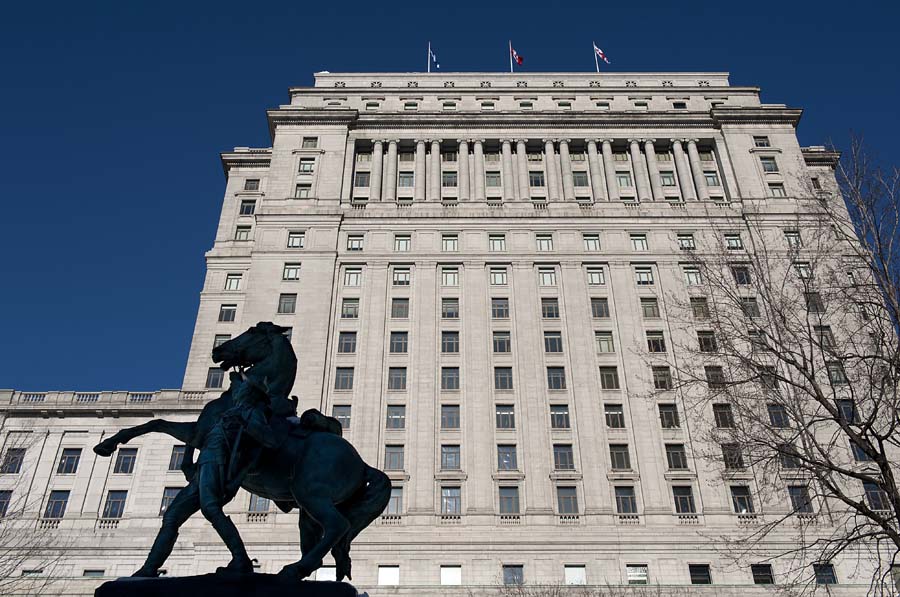 I remembered the  French Pavilion from Expo.  It was built in the Deconstructivist style and is now the Montreal Casino. Drove out to Isle Notre Dame and took a few shots.  I gave this one a bit of a retro look. 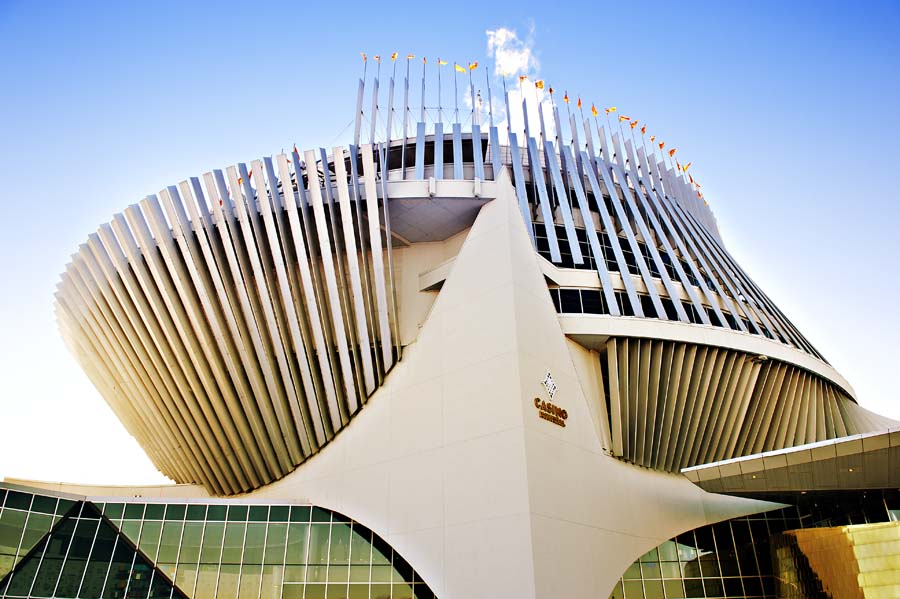 Next I took a drive through Old Montreal.  Since I’m from there originally I’ve seen it all before.  It’s hard to come up with shots that didn’t look like quaint tourist pics.  A couple here feature the Bonsecours Market. 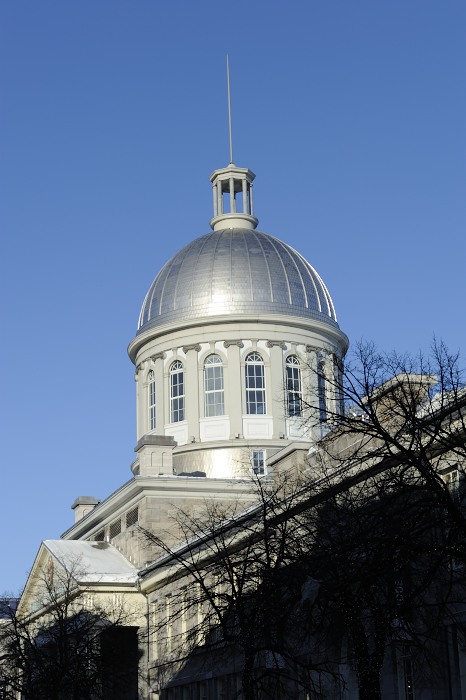 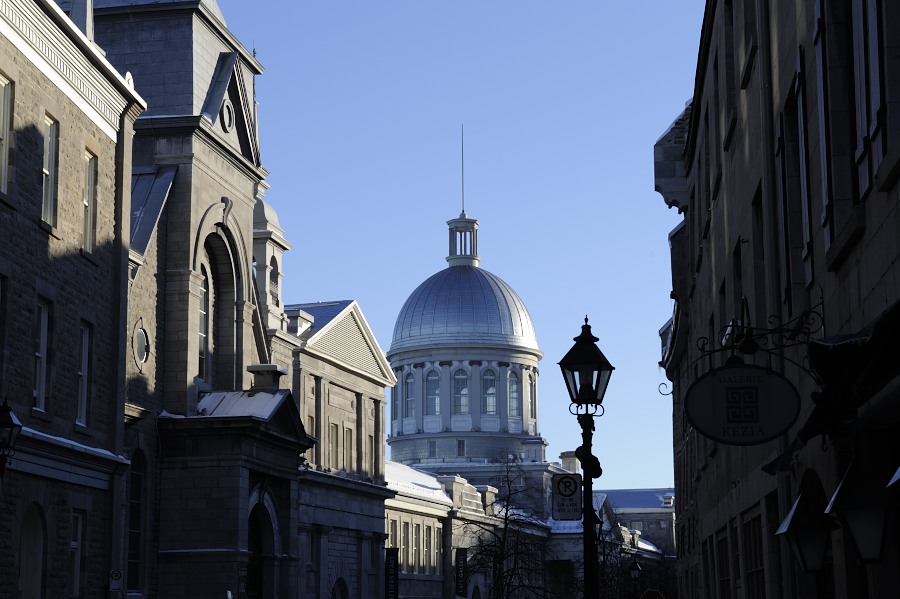 The truth is that it was just too damn COLD to be shooting outside.  I decided to look for some interesting interiors.  Here are some shots inside the Palais des Congres. 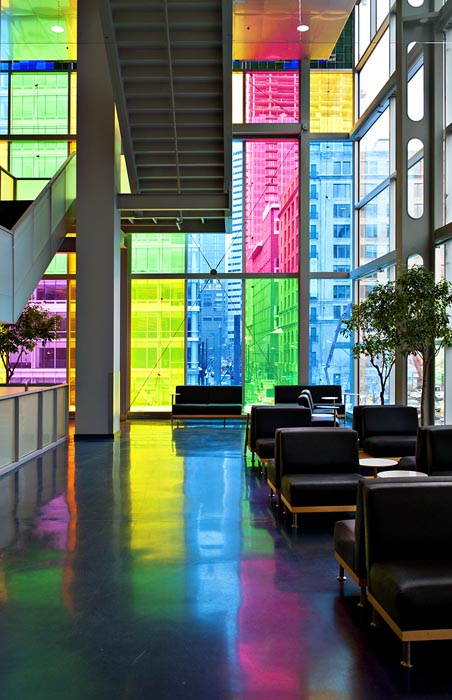 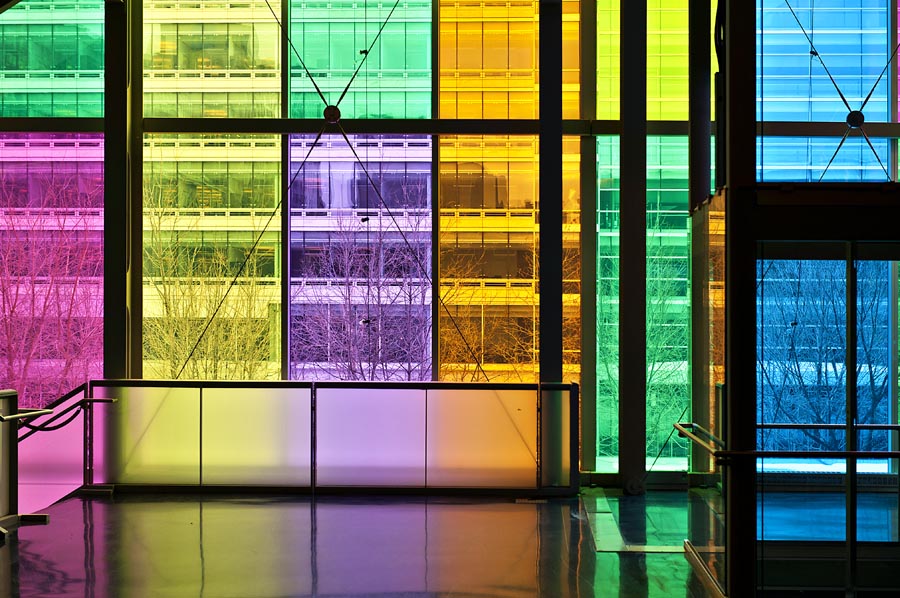 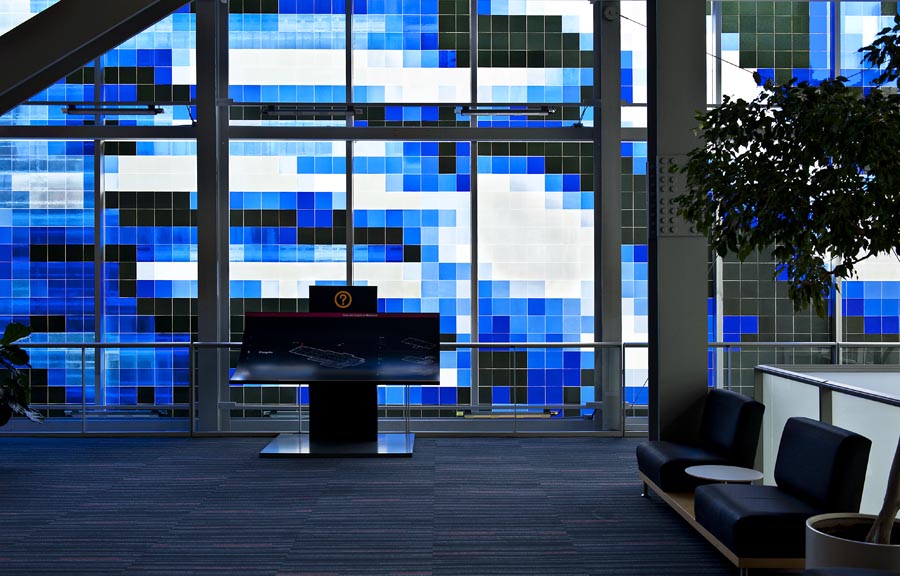 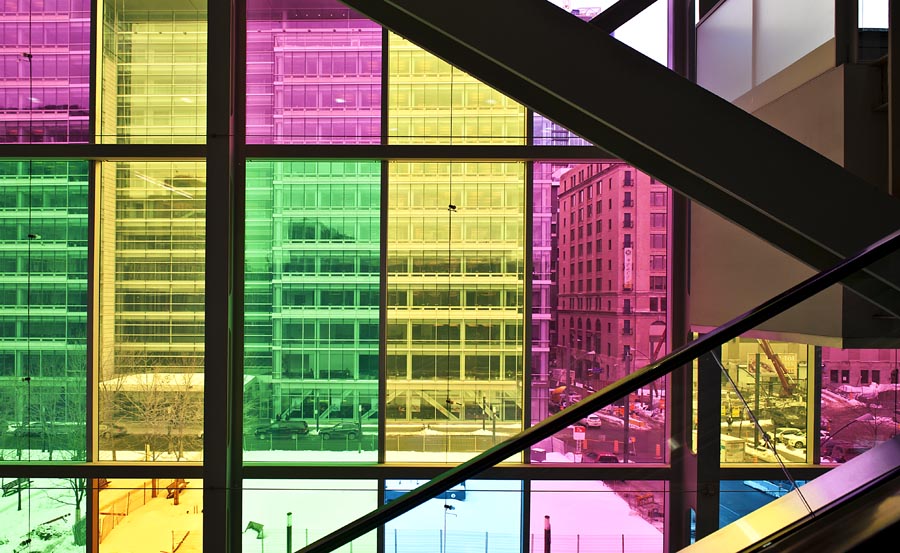 Montreal has a vast network of under ground passageways and tunnels.  Here is a link to Place Des Arts.  It’s a multi screen wall of revolving images. 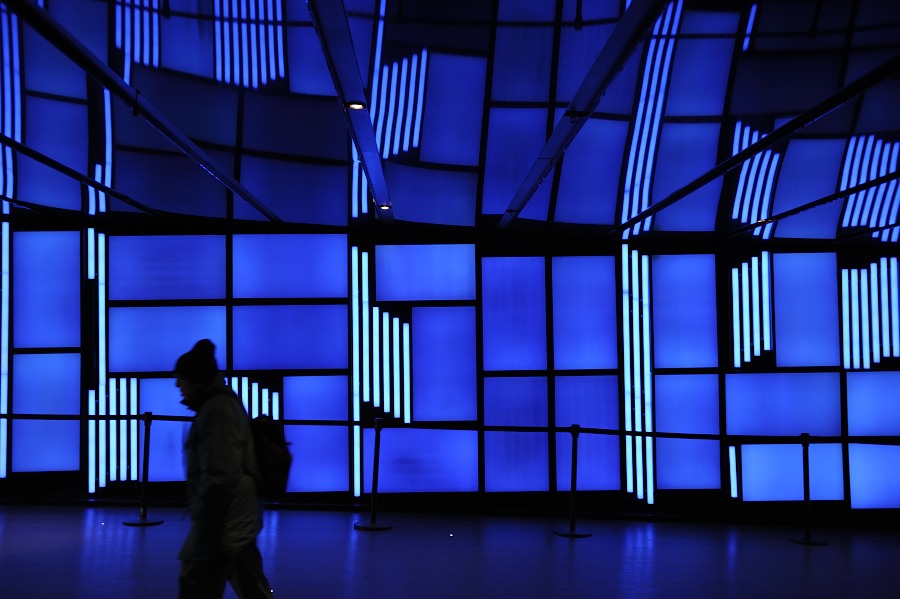 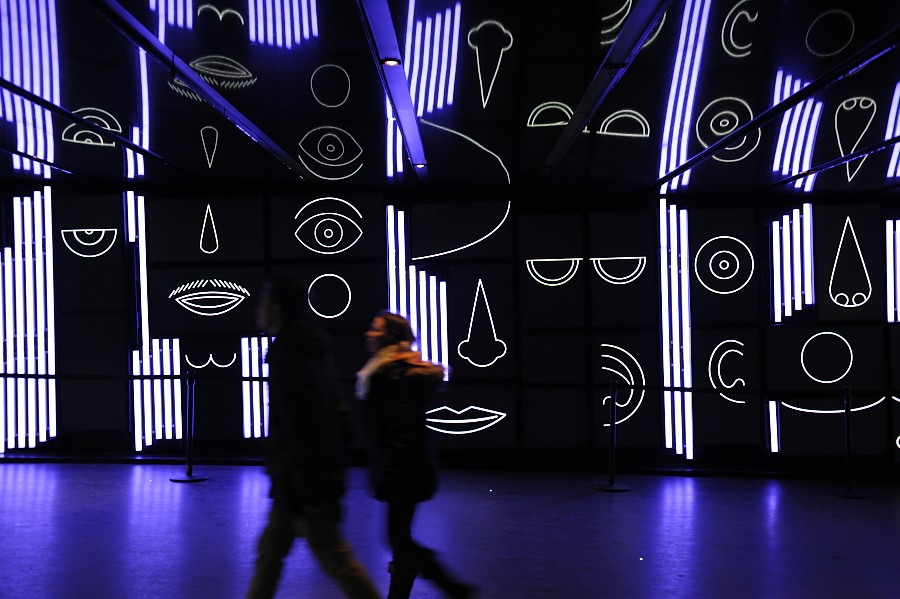 I like the how the faces on the screens change. 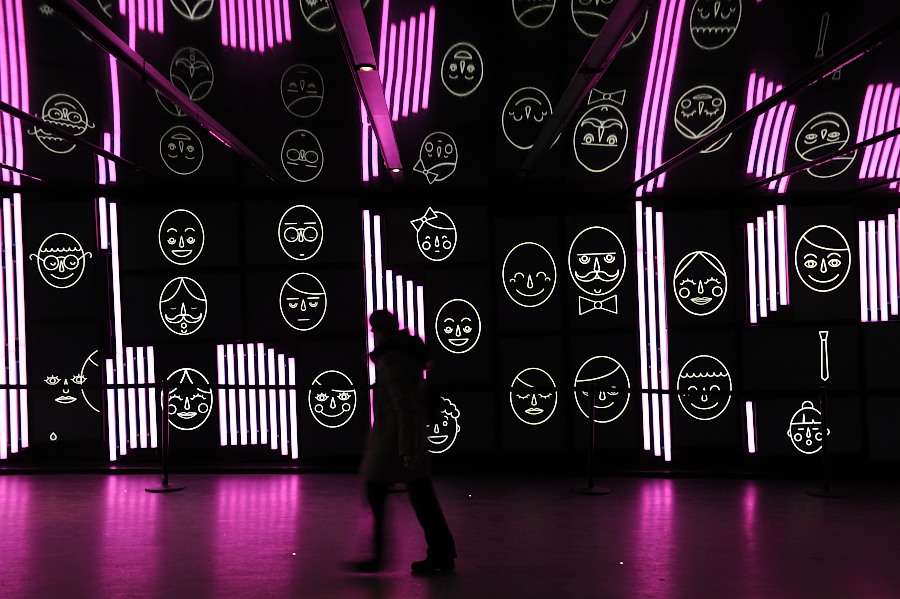 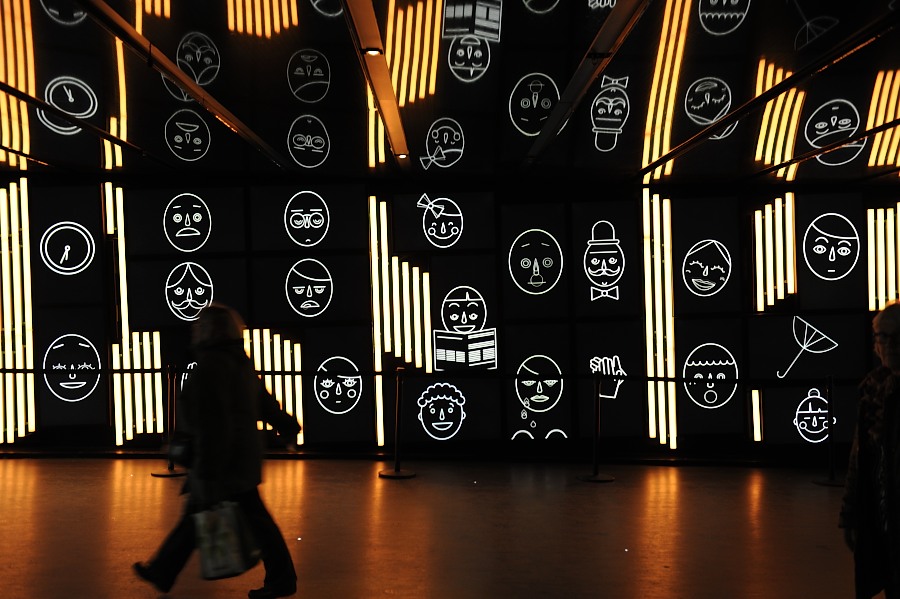 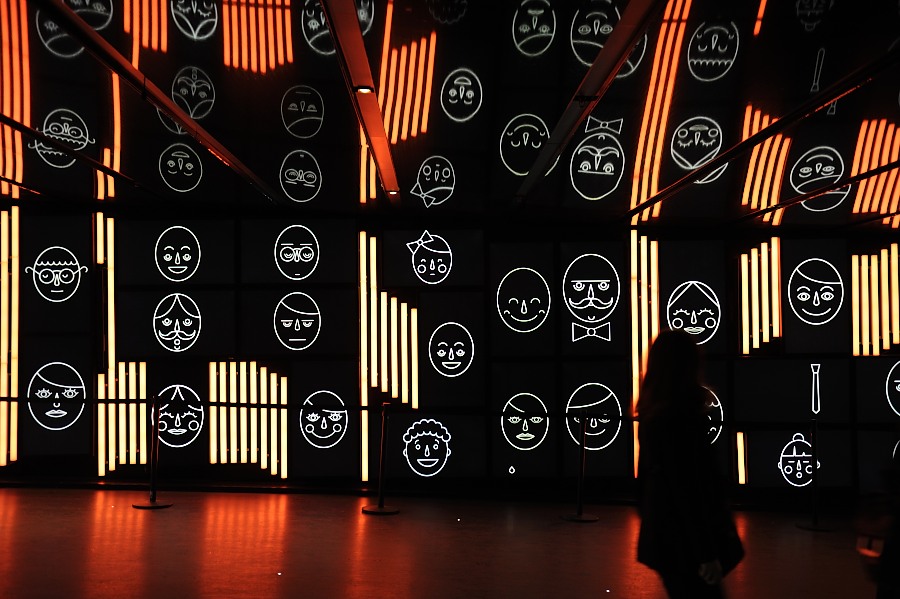 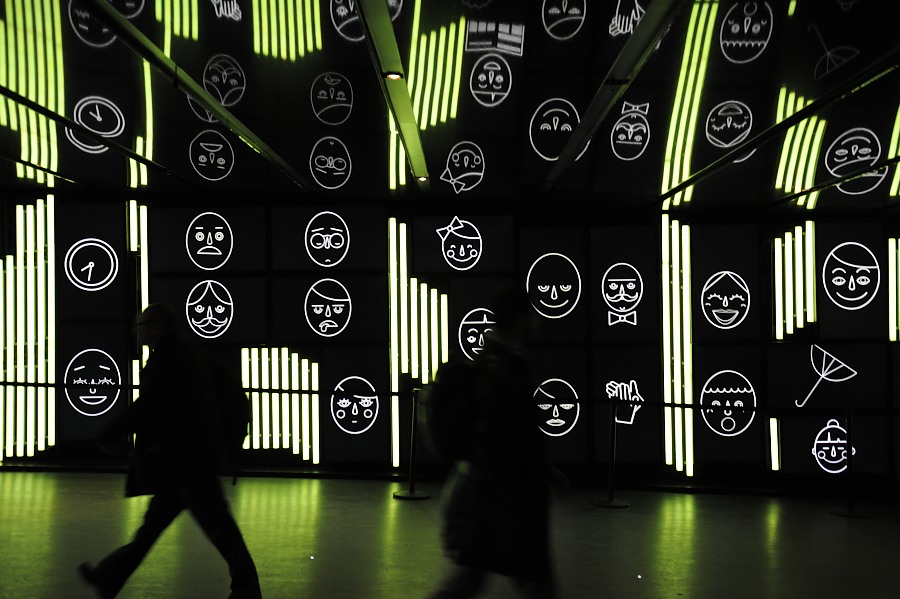 I know there’s much more to shoot in Montreal but it was time to get back to the Olympics.  I was shooting during the Canadian Woman’s hockey game so I had to make up for it  🙂  I hope you enjoyed this Blog post.  Love to hear your comments.