Recently I met with Swami Nitya at the Shri Swaminarayan Mandir in Toronto.  The Mandir is an exceptional Hindu temple which can been seen traveling north on HWY 427. 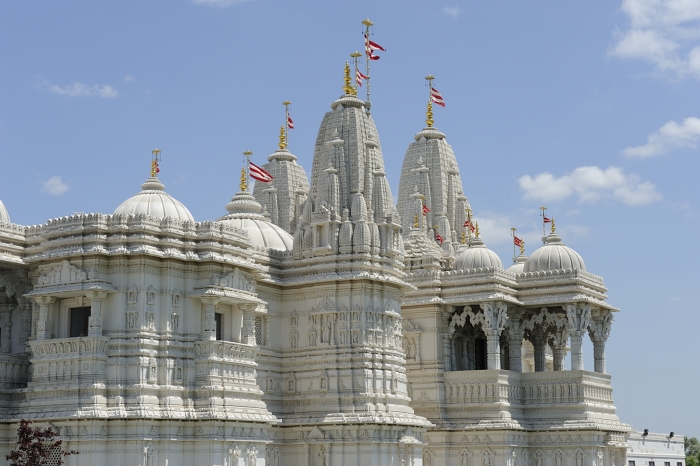 After a very interesting discussion with Swami Nitya in which he gave me a crash course in Hinduism, I was granted the opportunity to shoot the Mandir.  Here are some images I shot. 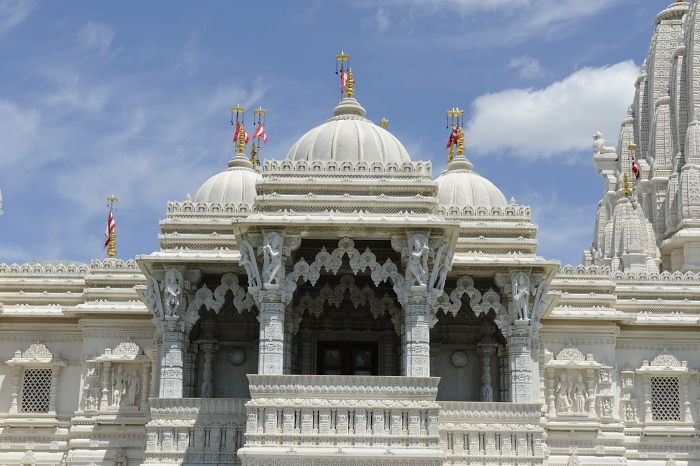 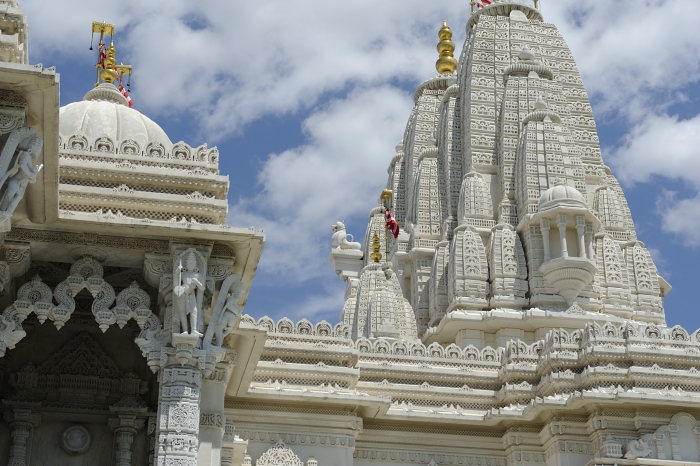 I am so impressed with the detail.  The temple was hand carved from Italian Carrara Marble, the finest Turkish Limestone, and Indian Pink Sandstone.  Everything was hand carved in India and shipped to Canada and assembled on site. 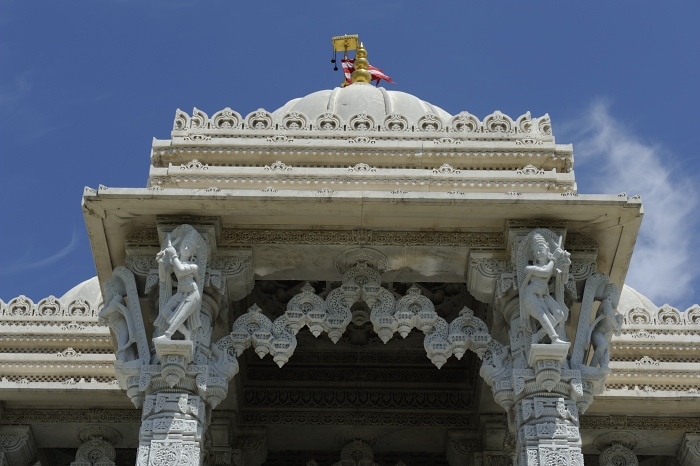 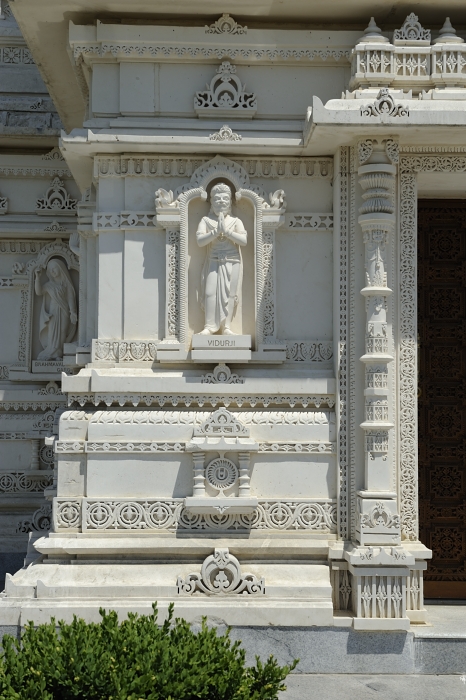 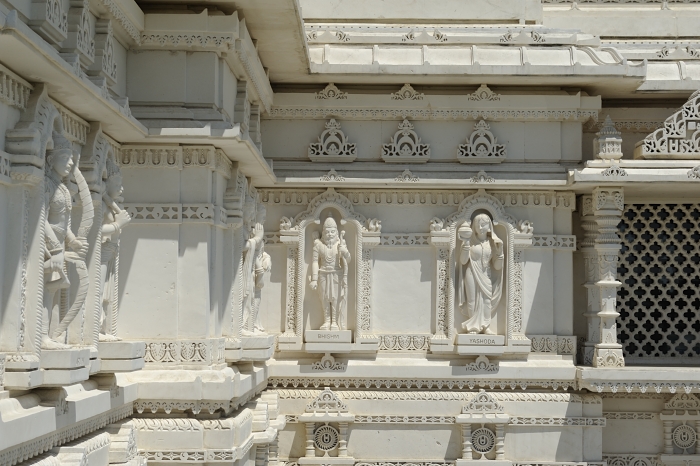 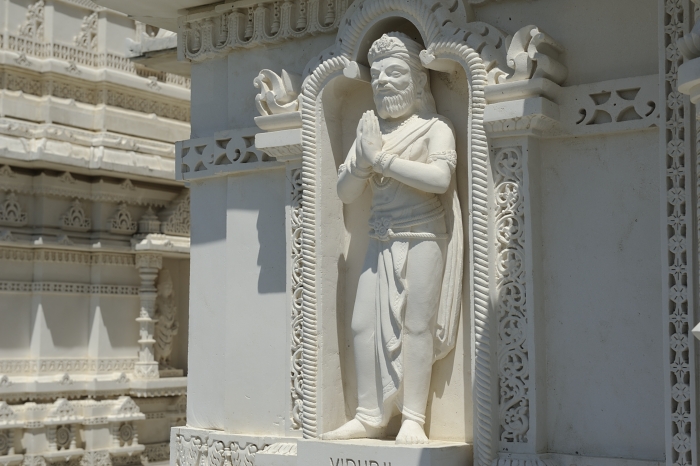 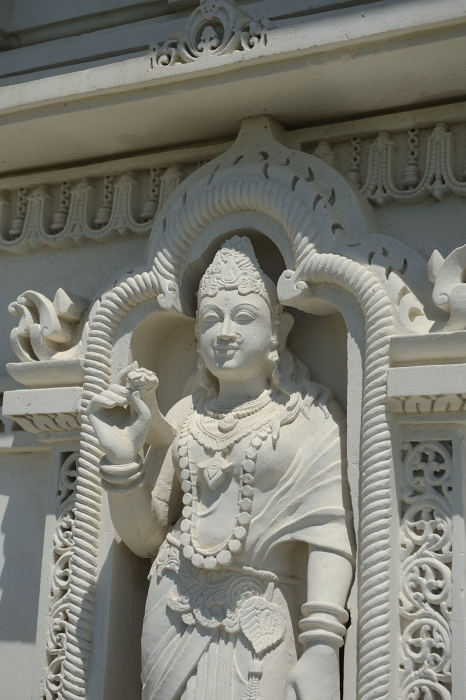 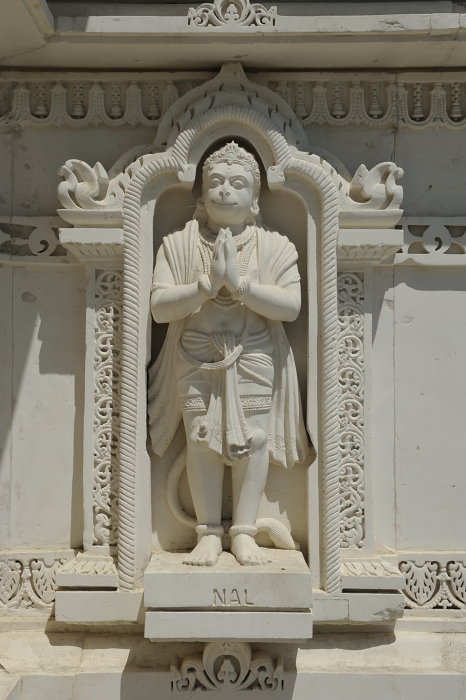 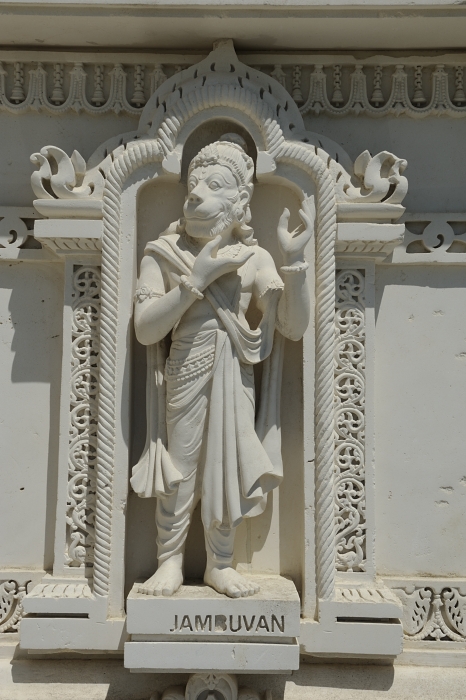 I was looking for the quintessential wide shot that would show the majesty and grandeur of the Mandir.  I decided on this shot. 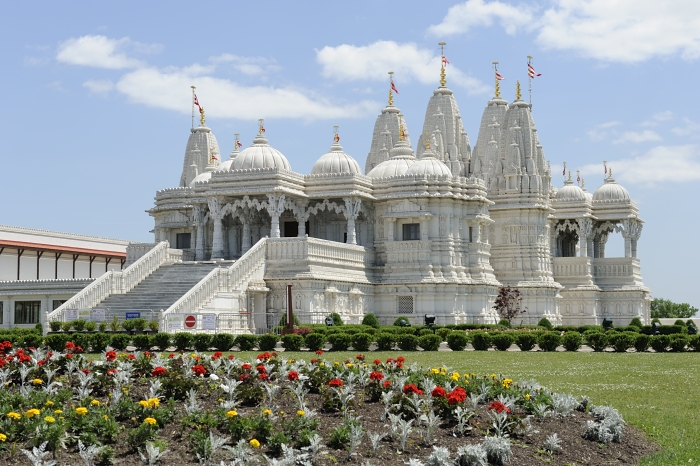 But I didn’t think it was dramatic enough in color, so I put it into B&W.  I took one shot and used a red filter and then took another shot and put into B&W infra red.  Then I merged the two shots and did some erasing and tweaking to get this one below. 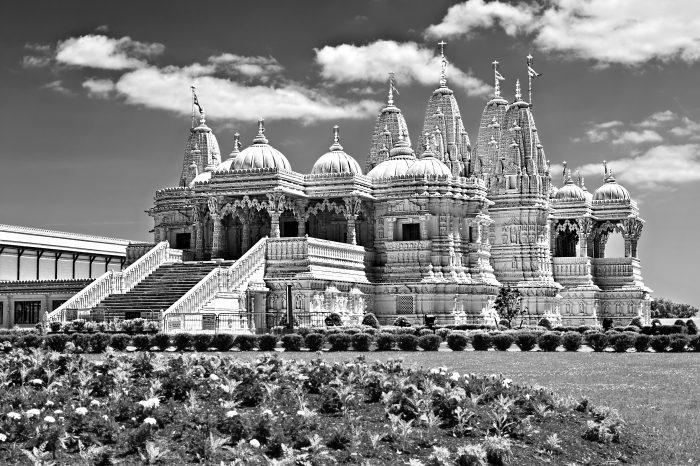 I hope you like the Mandir as much as I do.  Please let me know your thoughts.