Quick Thinking at Fed ExCan we clear the shot, please!

“You know Greggy, it’s a doggy dog world.”  That’s what my friend used to say when we were 18 year old budding photographers.  He was new to Canada and misunderstood the old saying, “It’s a dog eat dog world.”  It’s a fun memory, and a good segue into this blog post because it involves dogs… 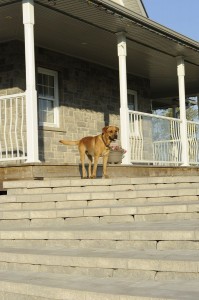 Last summer I was shooting for Atlas Block.  They make stone products.  We arrived at the location a little late and the early morning sun was already up so we had to work fast.  The first set up was on the porch of the house as you can see here. 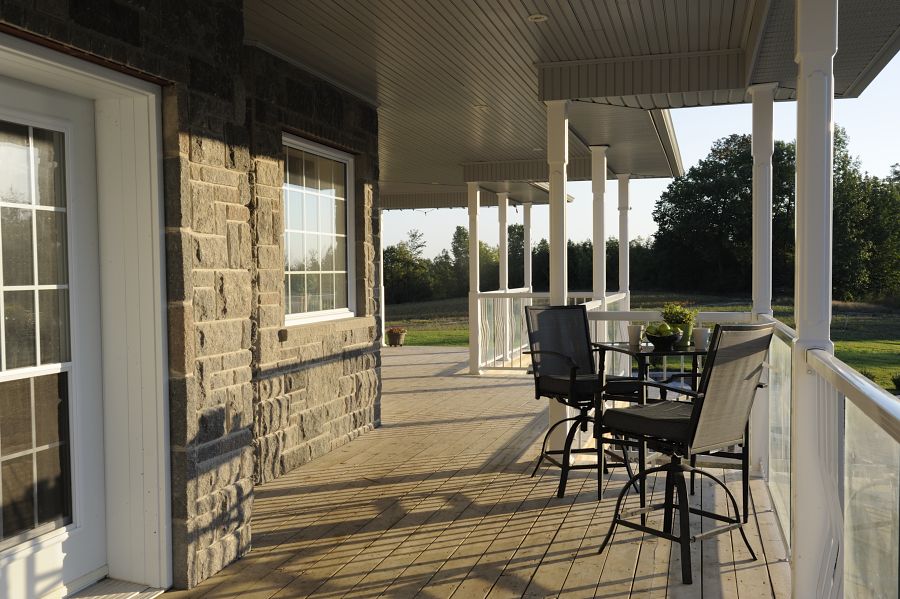 There were these two beautiful dogs around so I thought I’d try to work them into the shot.  But it can be tricky and as they say, “Never shoot with children, animals and water.”  I asked the homeowner to call them and I set the camera to shoot at 5 frames per second.  We got these shots below. 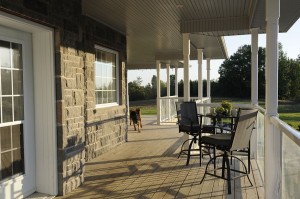 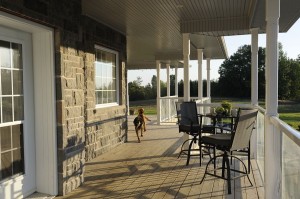 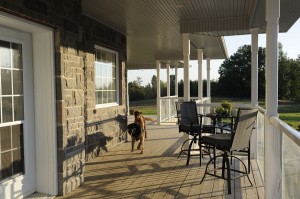 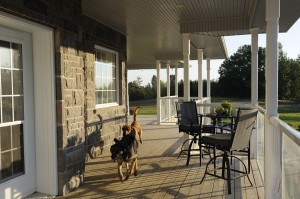 We kept shooting but it wasn’t quite working for me so we moved on.  Then I saw the light brown dog on the patio below and shot this one. 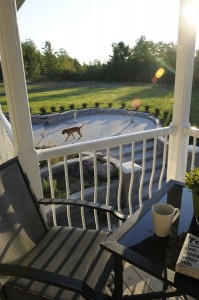 I asked my client, Mary, if she would mind going down to the patio and play with the dog.  She knew right away that it could make a nice shot and was game.  I shot this one. 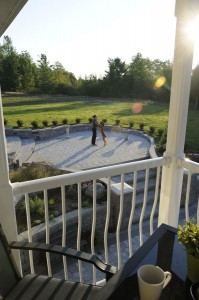 The table and the railing was a little distracting and I wanted to get in closer.  So I shot the two next shots in tighter. 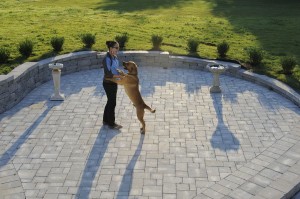 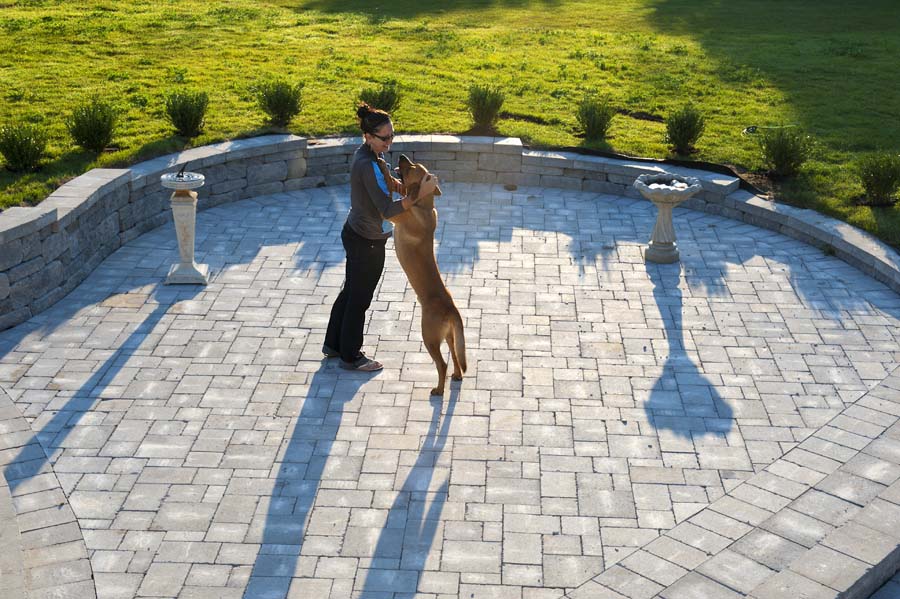 I think it all came together.  I quite like the second shot where Mary is petting the dog’s head.  It’s quite a tender moment and tells a nice story.

A little later were shooting the stone around the pool.  The black dog wandered through the shot and stopped by the side of the pool and I got this image. 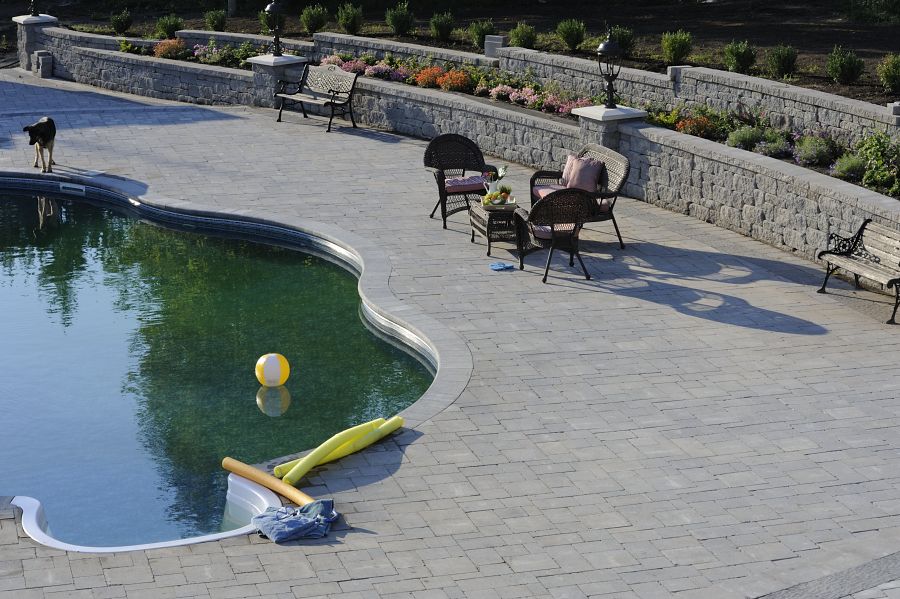 The dog at the edge of frame adds life to the shot.  It’s not a bad shot without the dog but I much prefer it with the dog in frame.  Let me know your thoughts.  And if you ever shoot with animals be prepared to shoot a lot.  Keep your eye out for the unexpected.  It’s those unexpected, fortuitous moments that can make a shot really come alive.