Rockin’ It With Street PhotographyIt’s a Doggy Dog World!

I’d like to help anyone faced with shooting in a site lit with the dreaded Mercury Vapor lamps. They cast a very unflattering green light, as you can see here. 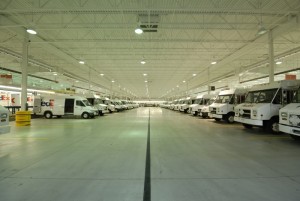 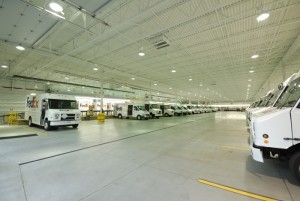 What to do? This assignment was to shoot the interior of a large brand new Fed Ex distribution center. It would take way too many strobe lights to overpower the Mercury Vapor lamps.  However, since there were about 75 trucks in the facility, there were these giant bay doors. 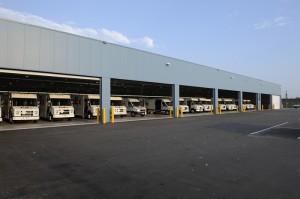 So I requested that all the doors be opened up to allow the natural light from outside to overpower the vapors. 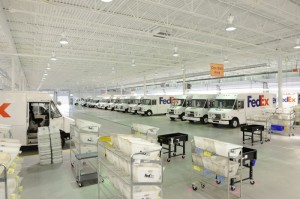 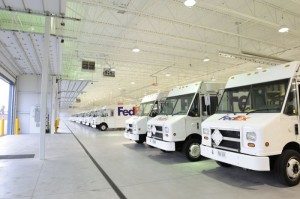 It solved the problem for the most part.  Although some shots, like the one below, still had some green areas.  You can de-saturate the green in Photoshop in Hue/Saturation.  Select green from the “Master” drop down menu.  Then click the eyedropper on green in the image and de-saturate.

The next challenge was to try and capture the essence of the place in one shot.  The Fed Ex trucks all lined up looked cool but the place was massive.  Here are a few un-photoshopped attempts. 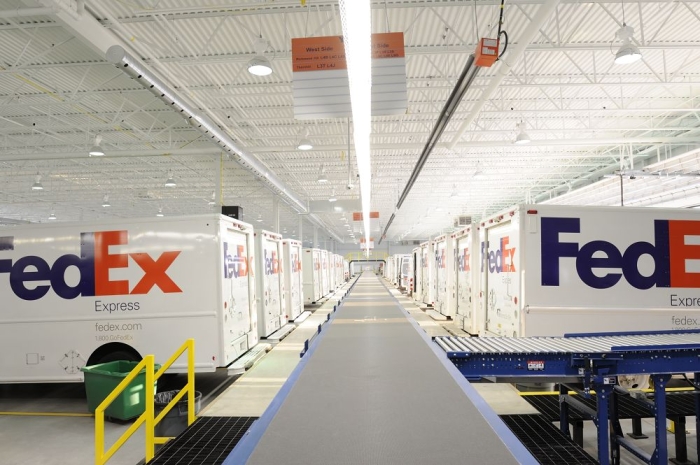 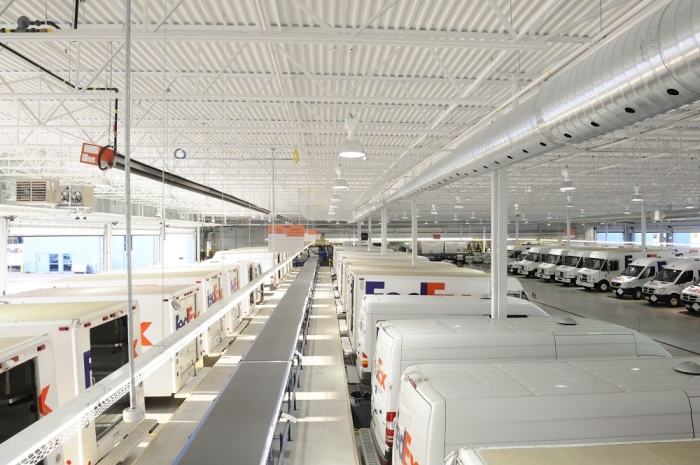 I had some fun shooting the conveyor with the guys sorting the packages. 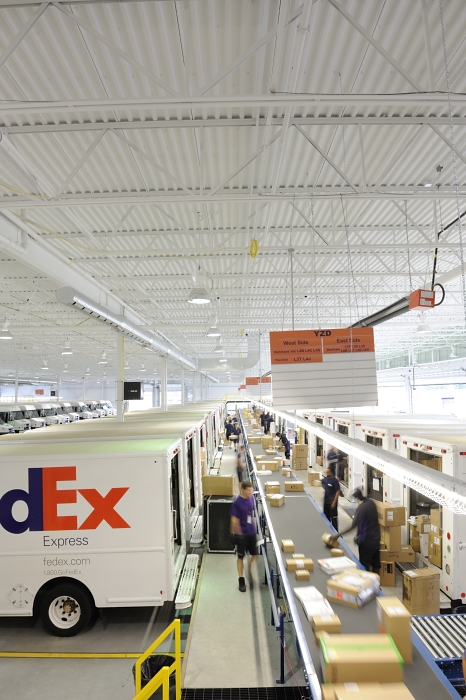 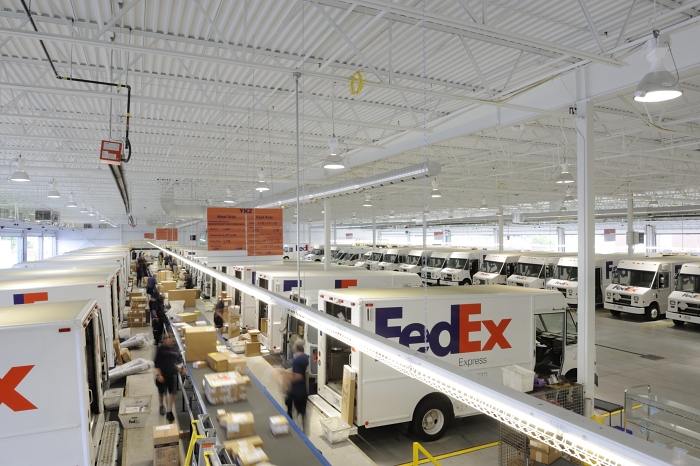 I thought I had some cool shots but I wasn’t convinced I had the money shot yet. 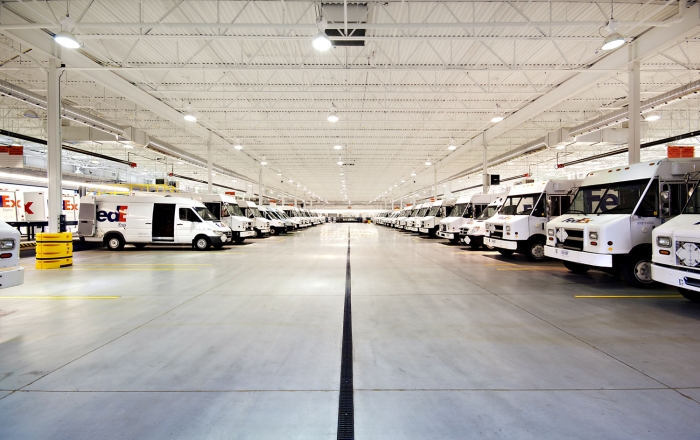 That’s when I got right behind the conveyor with the packages going by in the foreground.  An employee tried to shoo me away so I asked if I could just take a couple of quick shots.

I got this one.   I think it captures the place.  Let me know what you think. 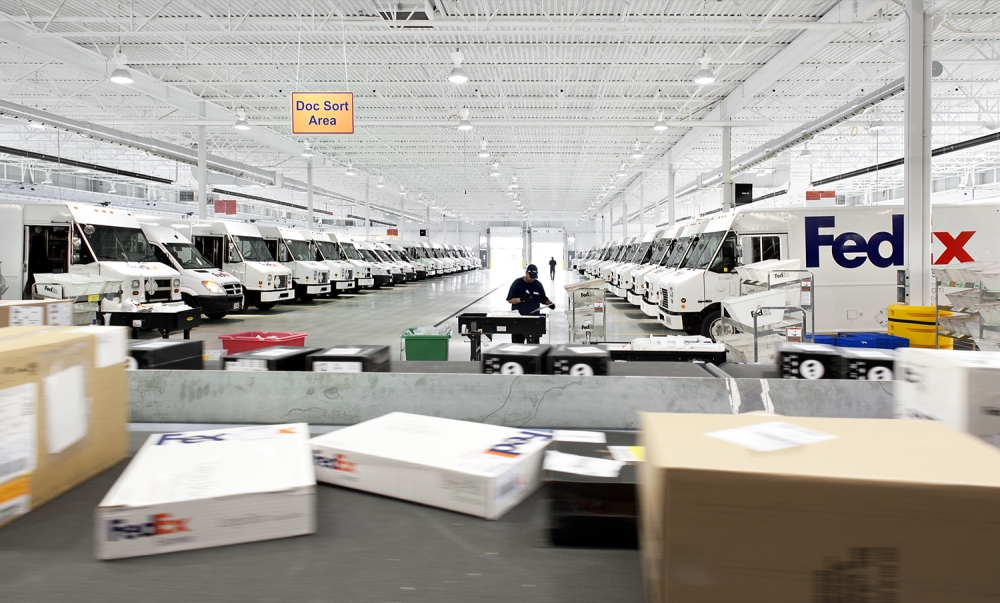