I received a call recently from Caroline Grimont at Excel Fund Management to take some headshots.  She also wanted group shots for the cover of an industry magazine. 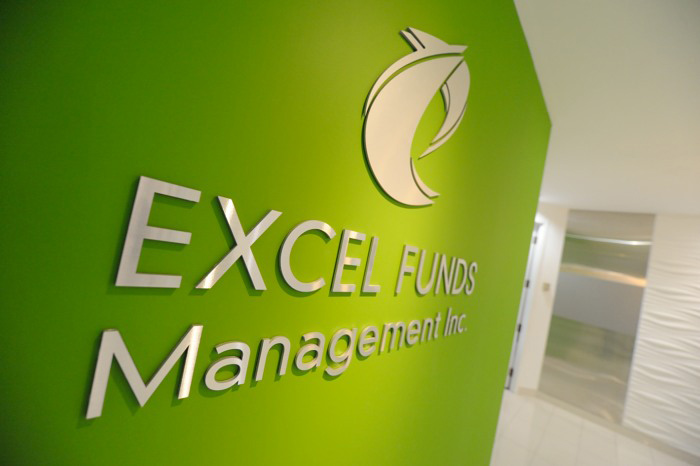 I went to their offices to do a scout and met with Excel CEO Bhim Asdhir.  The minute I met him I could see that he was easy going and has a great sense of humour. 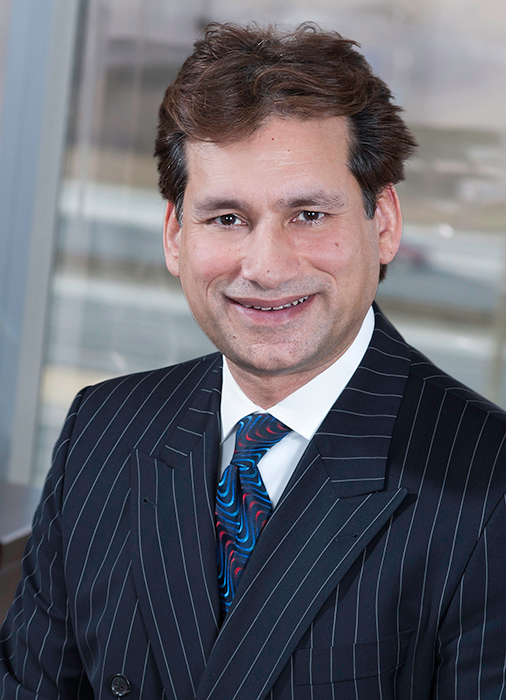 Bhim explained working at Excel isn’t like Bay St, where a boss thinks nothing of asking people to work over the weekend on some “urgent” report that doesn’t get read for two weeks.  “I want people to look forward to coming to work here,” he said.

I took a look around a thought we could do some cool shots in their lobby. 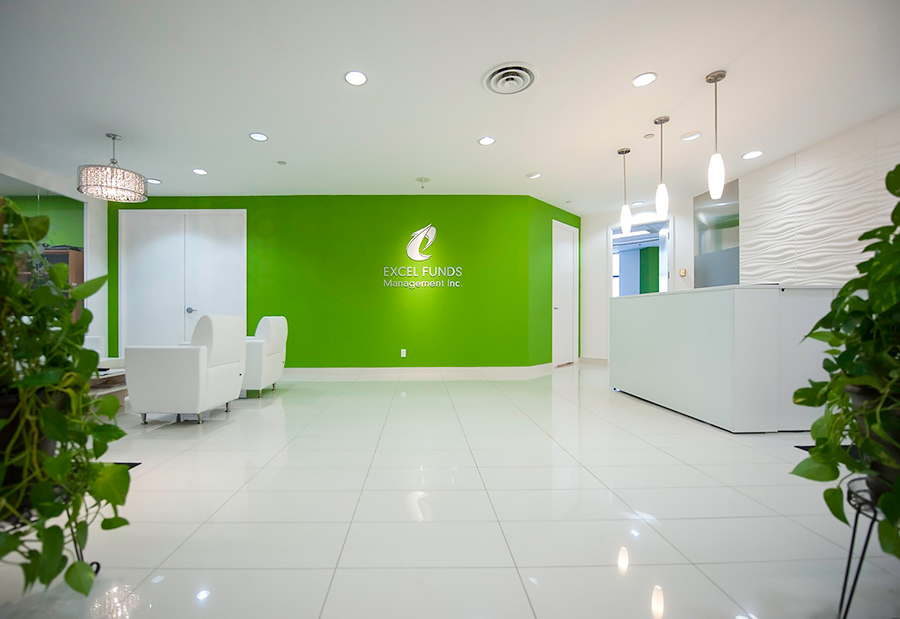 Michael Tenaglia, an amazing photographer and friend, came out to help me.  He suggested a Vanity Fair look.  We set up a couch in front of the company logo. 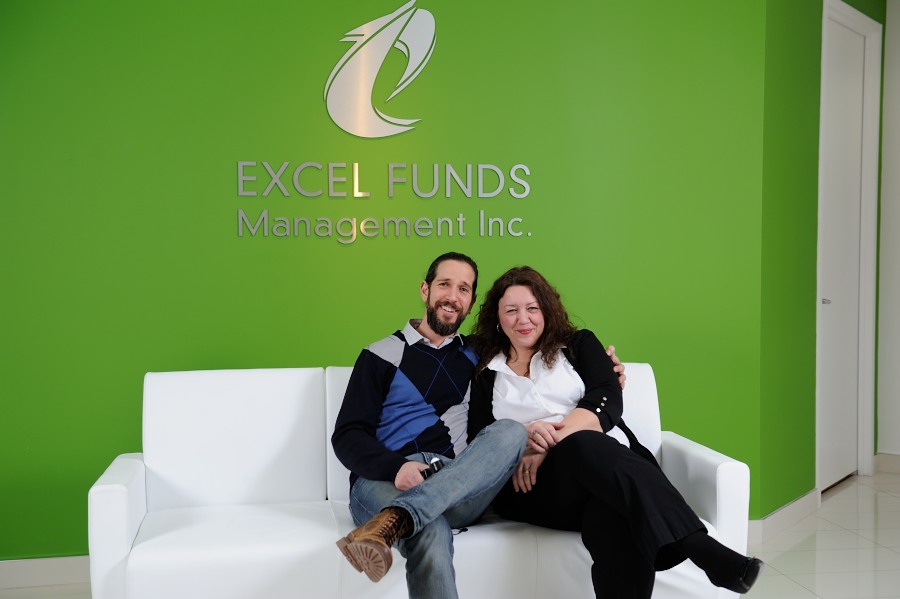 We put up 2 umbrellas with Speedlites in front of the couch and one behind to the left for the hair light.  Pretty simple.  Then we positioned everyone and I asked Bhim to lie down in front.  He was totally into it and it helped everyone loosen up as you can see here. 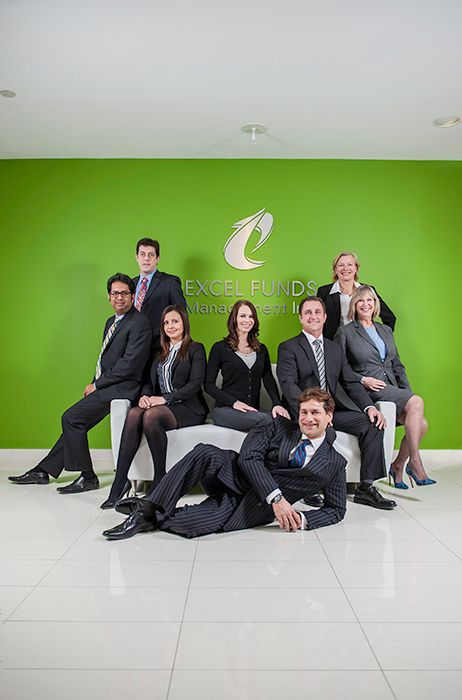 I shot the 1st one in portrait so it would work for the magazine cover.  This next one is in landscape for their website. Bhim asked someone to tussle his hair and it got a good reaction.  I think we captured some good energy. 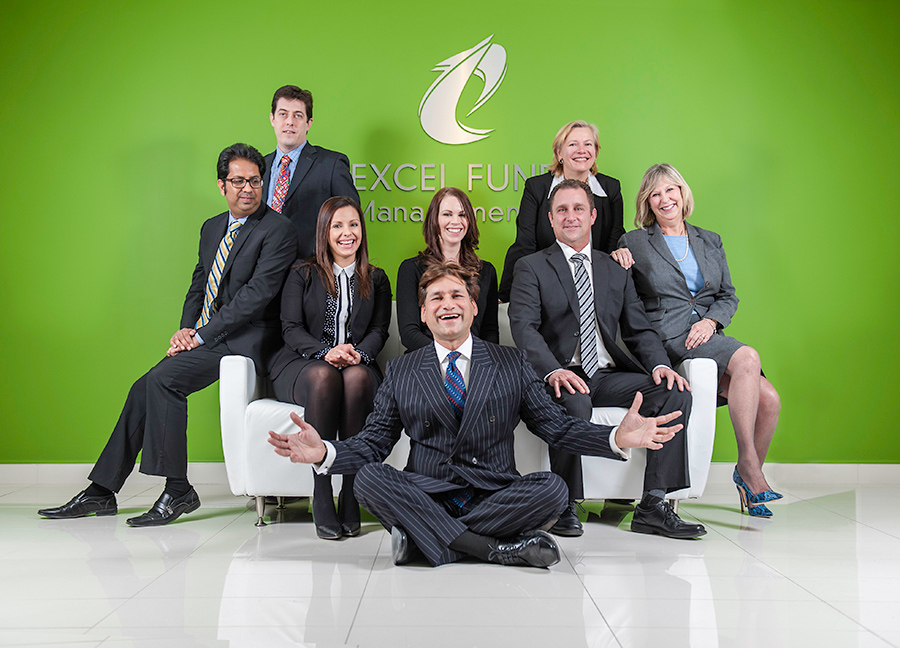 In the lobby there is a glass partition with the map of the world on it.  The round dots indicate emerging markets.  I really liked the idea of shooting through the glass and also having some of the map in frame.

It was a delicate balance of getting the lighting right and positioning Bhim so we could see the company logo in the background. 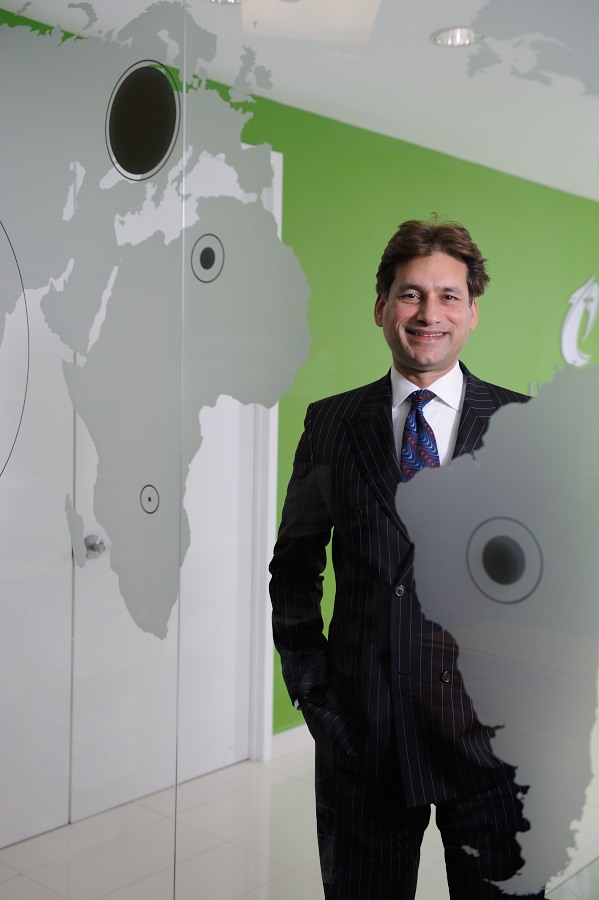 Bhim liked the next one below.  We used 2 umbrellas in the back, a small softbox mounted on a speedlite on a stand to Bhim’s left and then Michael bounced some light from the right with a reflector. 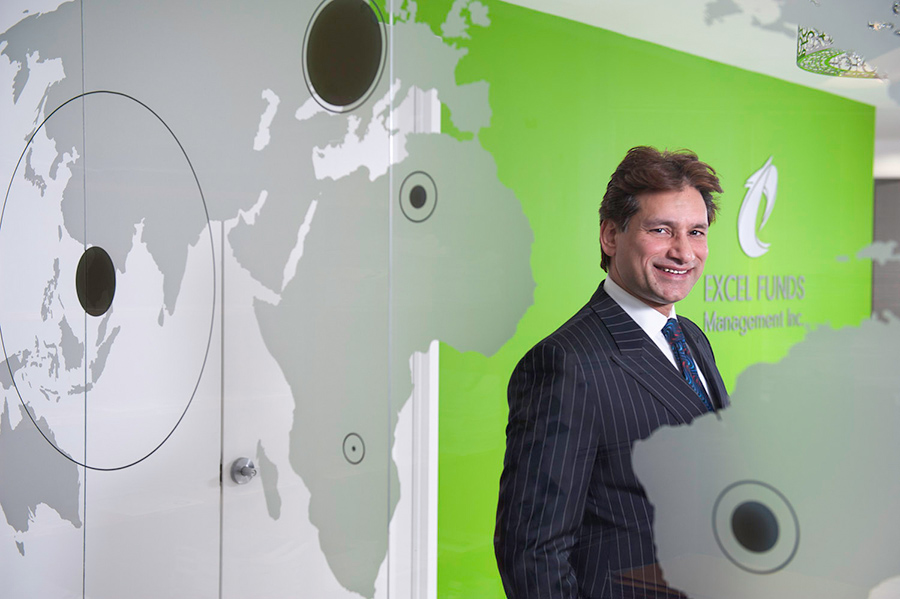 Since we had the green wall we used it as a background to shoot the individual head shots.  Green is the company color and convenient if they want to change the background.  Again 2 umbrellas and a hair light kept it simple and efficient. 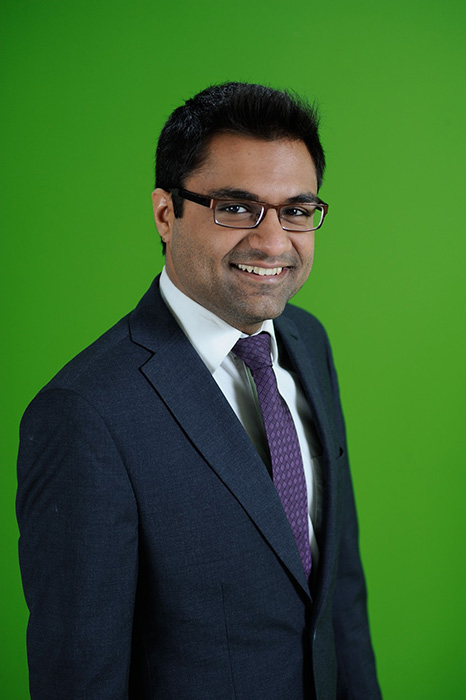 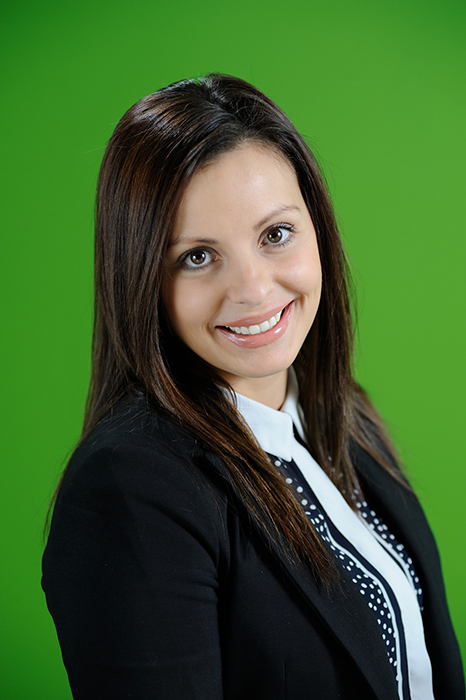 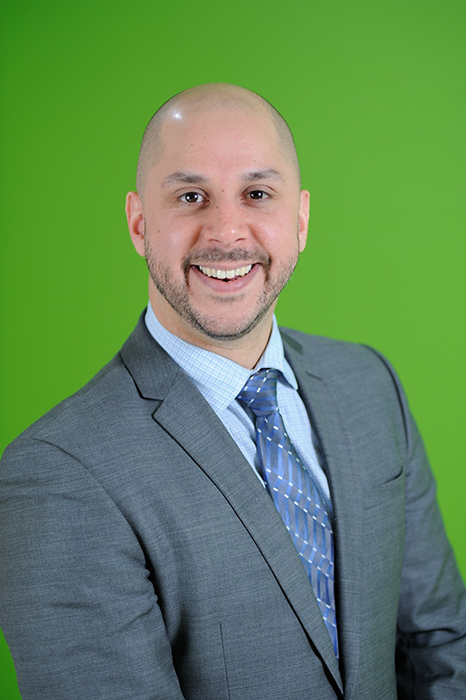 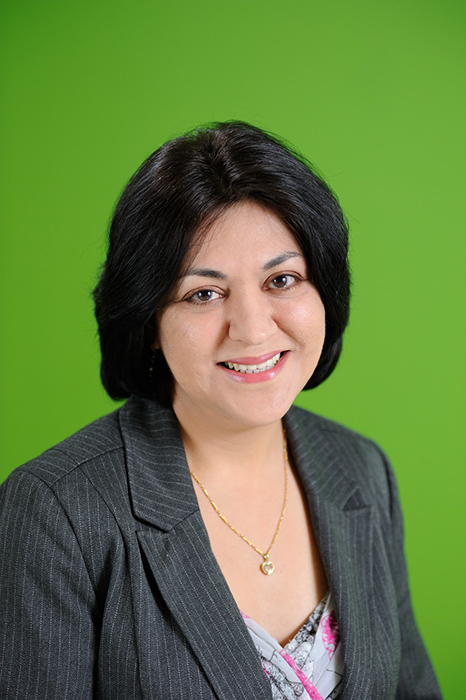 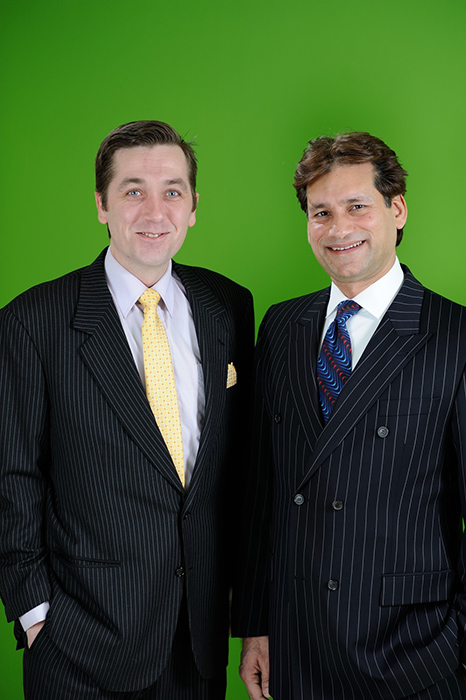 Next we did some group shots.  First the ladies.  This time we used the 2 umbrellas in front, a light dome placed on the reception desk behind them, and a Speedlite just out of frame on the right because the hallway was too dark. 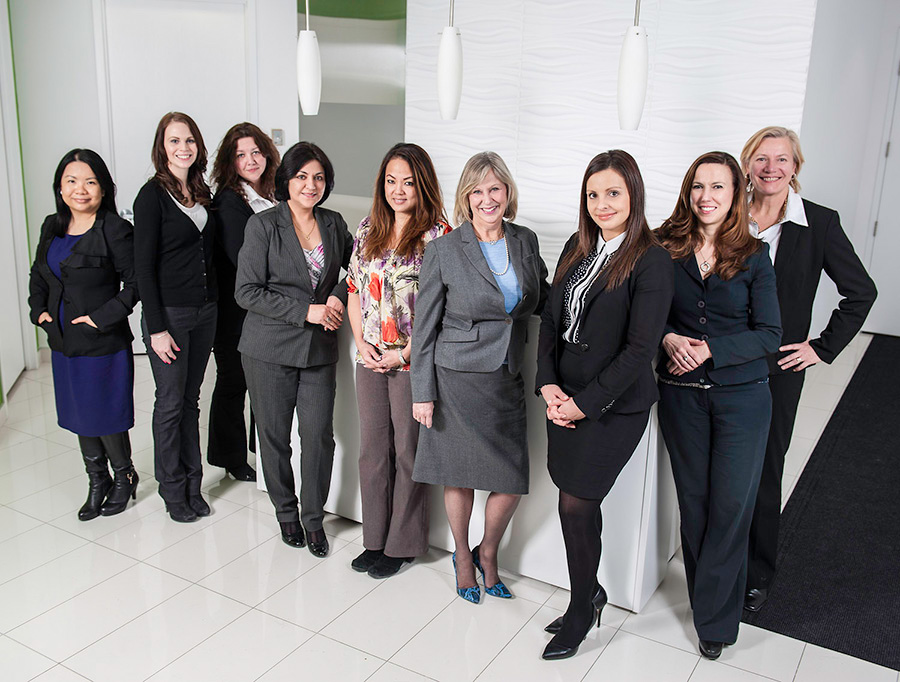 And then the men.  Same lighting set up. 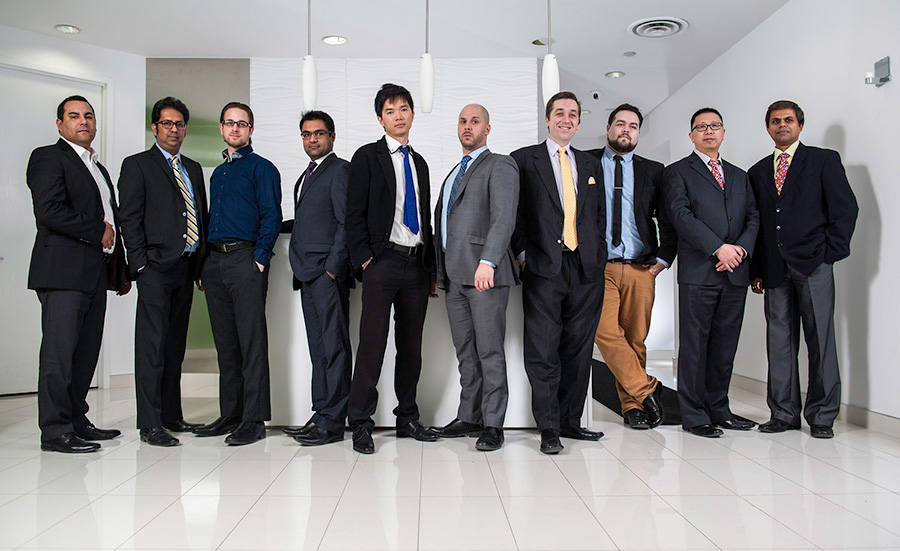 Then we did a more formal portrait of Bhim in his office.  It overlooks the airport so we thought it would be good to see out the window instead of blowing them out.  The trick of course is to expose for outside and then add enough juice from the strobes to get the right light on the subject. 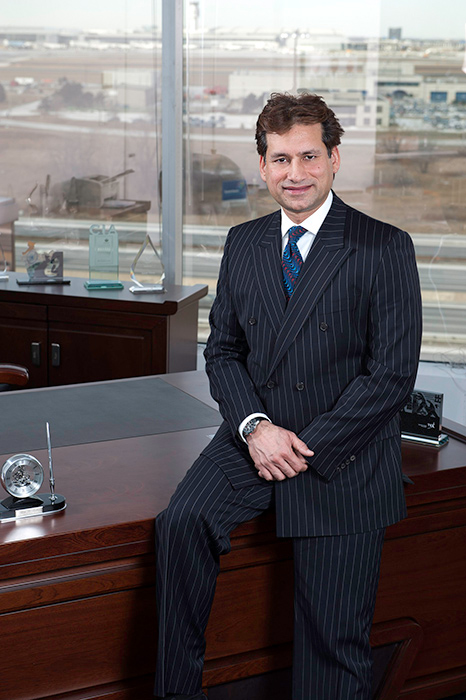 Should have photoshopped in a plane landing…  Just kidding 🙂